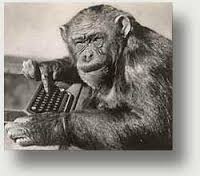 Well, that’s not exactly what I mean. I guess what I really mean is I’m not going to be doing any more reporting, so if you’re sending me money for that, please stop.

I don’t want anyone to misunderstand. I still believe reporting – the honest and impartial telling of the news – is a critical element in a free society. I still believe it is too often badly done.

But I won’t be doing it any more. At least not for a while.

See after several months of freelancing and a few more months selling coverage directly to readers I have reached a conclusion.

That takes a singular sort of focus. It takes a tremendous amount of reading, checking, talking to people, attending meetings, researching, phone calling…well you get the idea.

It also takes an alarming amount of time. Virtually no competent reporter works a 40-hour week, though the lucky ones get paid for one. The job simply cannot be done that way and done well. It can be – and it had become – overwhelming.

I have too many other things going on. I have too many distractions. Without discussing how much of my time goes to what let’s just say I’ve got stuff to do. Lots of stuff. Stuff that I consider important and stuff other people rely on me to do.

One of those things continues to be writing. I do love writing and I am vain enough to believe I’m good at it. Plus it’s therapeutic.

If you are one of the ones sending me money to read my reporting I thank you very much. If you feel like I am abandoning you I apologize. If you want your money back ask for it.

Or you can continue to read what I write. Those of you who have read bylinecharliewhitehead.com – what I like to call Monkey With a Keyboard – will know what to expect.

That I won’t stop. At this point I’m pretty sure I couldn’t stop that if I tried.

So stop sending me money if you’re doing it solely to read my reporting. I may find myself in a position someday to do it again, but for now I have to stop.