Lee Commission Chairman Cecil Pendergrass said Tuesday he’d already heard from almost 50 people who want the governor to appoint them to complete former commissioner Tammy Hall’s term.
With Gov. Rick Scott himself on the 2014 ballot, Pendergrass said, it seems likely the appointee will be someone Scott can count on for support, both of his policies and of his re-election.
“That’s just my assumption,” said Pendergrass.
It didn’t take long, Pendergrass said, for his phone to start ringing after Hall signed a plea agreement admitting she misused 2010 campaign funds and submitted her resignation.
“I was getting calls last night,” he said Tuesday, meaning some were lobbying for the job even before Hall’s resignation became official at 5 p.m. Tuesday.
Gary Lee, the Republican State Committeeman for Lee County, said he has his own idea who should get the job, but that person is not available. He said there are two schools of thought on the replacement:
One is that the appointee should be a caretaker – someone who is not a candidate and will not run for the seat when the term expires next year. That would eliminate Brian Hamman, Andy Coy, Don Stilwell, Debbie Jordan and Paige Rausch. Hamman, Coy and Stilwell have all signed up to run as Republicans, and Jordan as a Democrat. It’s safe to say she’s not on the list. Rausch is a Republican who says she’s running but who has yet to register
“With the premise that county funding is so convoluted it’s difficult to make heads or tails out of it we would be well-served with a man or woman who could unlock some of the mysteries,” said Lee, who’s also a past party chairman.
The other school of thought, Lee said, is the governor should appoint someone who wants to keep the job in 2014. An incumbent would have a huge advantage.
On that front it’s a little complicated. Hamman has not applied. His campaign manager is Terry Miller, who is currently the chairman of the Lee Republican Party.
Miller said he doesn’t know if Hamman will apply, but will naturally recuse himself from any recommendation discussion if Hamman is involved.
“Obviously I’m getting a lot of folks calling,” Miller said. “It’ll be a huge field.”
Miller said it’s his preference that the governor appoint a ‘placeholder’ and let the next commissioner be chosen at the ballot box, and he’s made that recommendation. He said he’d also like the governor to say whether he’s appointing someone as a placeholder or with the expectation they would run in 2014.
That, he said, would allow applicants and candidates to make informed decisions.
If that wasn’t enough yet another Republican entered the race just this week. Josh McGrail, the son of Cape Coral Councilman Kevin McGrail, signed up to run Tuesday. He says he doesn’t want to be appointed, and other candidates shouldn’t either. He said being appointed would give a candidate too much advantage come election time.
“That influence I think belongs in the ballot box,” he said. “We need someone who could serve the rest of the term and step out of the way gracefully.”
As of Wednesday the governor’s office had applications from Coy, Jordan and Alana Goodwin, a 20-year employee of the Lee County Sheriff.
Goodwin, on her Facebook page, said she’s a lifelong county resident who’s applying for the “shamefully vacated” seat for all the right reasons. Coy held the District 4 seat from 1994 until 2004, when he left to run for Congress, a race he lost to Connie Mack.
Miller said the impression he got in talking to the governor’s office was that the appointment would come quickly.
“The impression I got is they’re not going to sit on their hands,” he said. “Tammy was 20 percent of the board. I would say a month or so and not three months.”
Lee said his recommendation was for Miller to appoint a committee to interview likely appointees for recommendation to the governor. Miller said he’s considering that. If Hamman does apply Miller would bow out and the committee would be headed by local vice chair Chuck Quackenbush.
They’ll be busy. 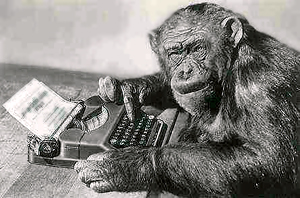